Below please find the 2020 Winter Rotary Award winners along with the speeches that would have been given at the awards program.  Congratulations to all our winners!

The Wrestling Rotary Award winner is Jordan Vinson.  This young man, came in as a freshman and had the passion and desire to be a Champion, so much that his freshman year he gave me a card that he wanted to make it under the lights.   He works hard in practice and during the off-season traveled to other schools and attended different camps, and also wrestled in a National Tournament out in Iowa.  This is the first of my wrestler’s that I can say, he has taken Coach Mello down.  He has always had the tools and skills, which he showed us this year by becoming a runner up at the Connersville Invitation and our 1st Hoosier Heritage Conference Champion and 3rd Semi-State qualifier his senior year.   Little known fact he is also the only wrestler I know to have wrestled 126 his freshman year and 132 his sophomore year 138 his Junior year and return back to 126 his senior year!  That is dedication and commitment.   I will always be thankful for our friendship on and off the mat and glad he was able to see the fruits of his hard work.  Thank you Jordan Vinson for allowing us to be part of a fun ride!

This girls’ swimming award winner has made a very large impact on the swimming and diving team in just her two short years at SHS. Her accomplishments in the pool are very visible, just go take a look at the record board, it’s the not so visible ways she’s impacted this team that have made the biggest difference. As a team, each swimmer and diver was asked to rate each of their teammates with a scale of one to five on the following criteria: citizenship, sportsmanship, discipline, training, teamwork, and attitude. This swimmer was a first in every category with only one being a tie, and all but one being an average of 4.9. This swimmer leads with compassion and investment for each and every one of her teammates. She wants to know each person’s goals, and then thinks about how she can help them achieve that goal. With a work ethic second to none, she brings out the best in all of her teammates. On her way to a second straight top 16 IHSAA State finish she set two new school records (100 Freestyle and 100 Butterfly), won an HHC Championship (200 Individual Medley), became the first female IHSAA individual sectional winner in over 20 years in the 100 Breaststroke, and set a new New Palestine Sectional record. This year’s 2020 Female Swimming and Diving Rotary Award winner is Grace Lux.

The boys’ award winner burst onto the scene this season as one of the top talent’s on the boys’ side, surprising many, but mostly himself. Last season he had a very strong performance breaking out of the shadow of many great swimmers to come before him. Building on that confidence he set the standard for work in the off season. Rated by his teammates highest on the boys side in discipline and second highest in training. The work immediately paid off, setting career PRs in every HS event by Christmas Break, capping off the first half of the season with two top five finishes at HHC. With his early success his confidence as a swimmer and a leader began to build. He strived everyday to not only make himself better, but those around him better as well. Whether they needed a bit of encouragement, or a bit more to get them moving he was there for them. He let his work speak for itself. He finishes the season as one of a handful of people to be in the Golden Bear Top Ten for every single individual swimming event, with sights set on much more for the future. Out of the pool, he brings the same intensity and drive to the classroom. Striving to dominate every challenge put in front of him has put him in the top ten of his class. This year’s 2020 Male Swimming and Diving Rotary Award winner is Tyler Harker 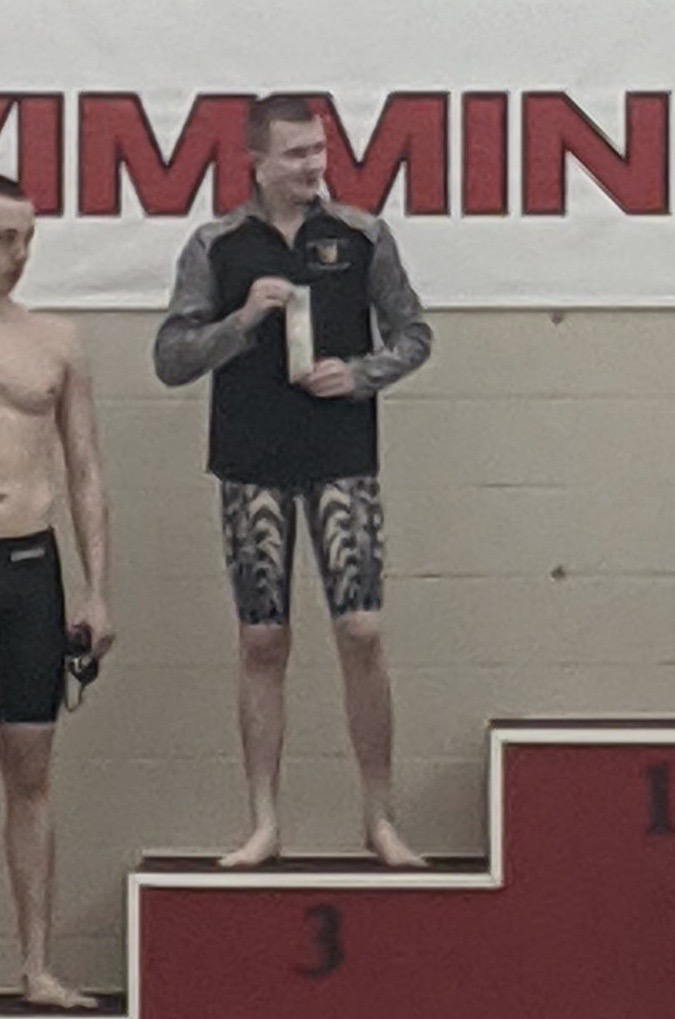 Makayla Terrell has been on the girls basketball team all 4 years of high school and was a team captain this season. She has also been a member of the track team for 4 years and captain for 2 years. Makayla pushes herself not only on the basketball court but also in the classroom. She was a student council vice president for 3 years and is the Senior Council President this year. She started the DCA club, and is a part of Earth club, Spanish club and many more activities at Shelbyville High School. Makayla has been on the Superior Honor Roll for 2 years, A/B honor roll for 1 year and will be receiving academic letter for her grades. This past summer Makayla was 1 of 60 girls selected globally to attend a conference in New York called Black Girls Lead. When she graduates this May will be attending IU to study exercise science. 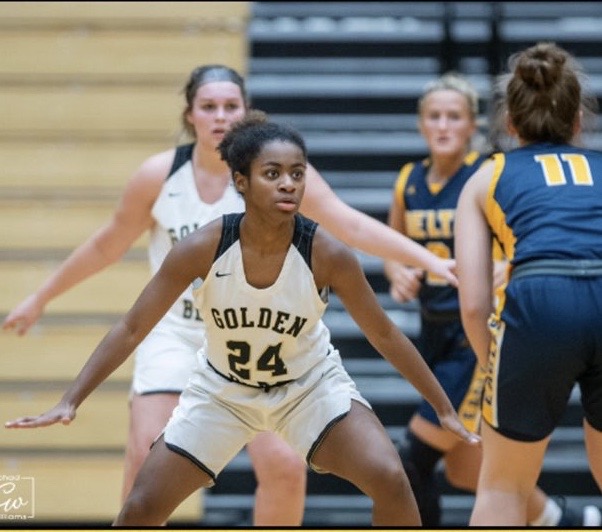 This year’s Paul Cross Award Winner is much more than just a good basketball player for Shelbyville High School. He also has a 4.3 GPA, is involved in National Honor Society, and is ranked 14th in his class. He is a great role model for younger players in our program and has been involved with the Shelbyville Boys’ and Girls’ Club throughout his life.  He has excelled on the basketball court as a three-year letter winner. This year, this individual led the team in points per game (15 ppg and 348 total points), rebounds per game, and assists per game. He is a leader on and off the court for the Golden Bears. Congratulations to Luke Asher on winning the 2019-2020 Paul Cross Award! 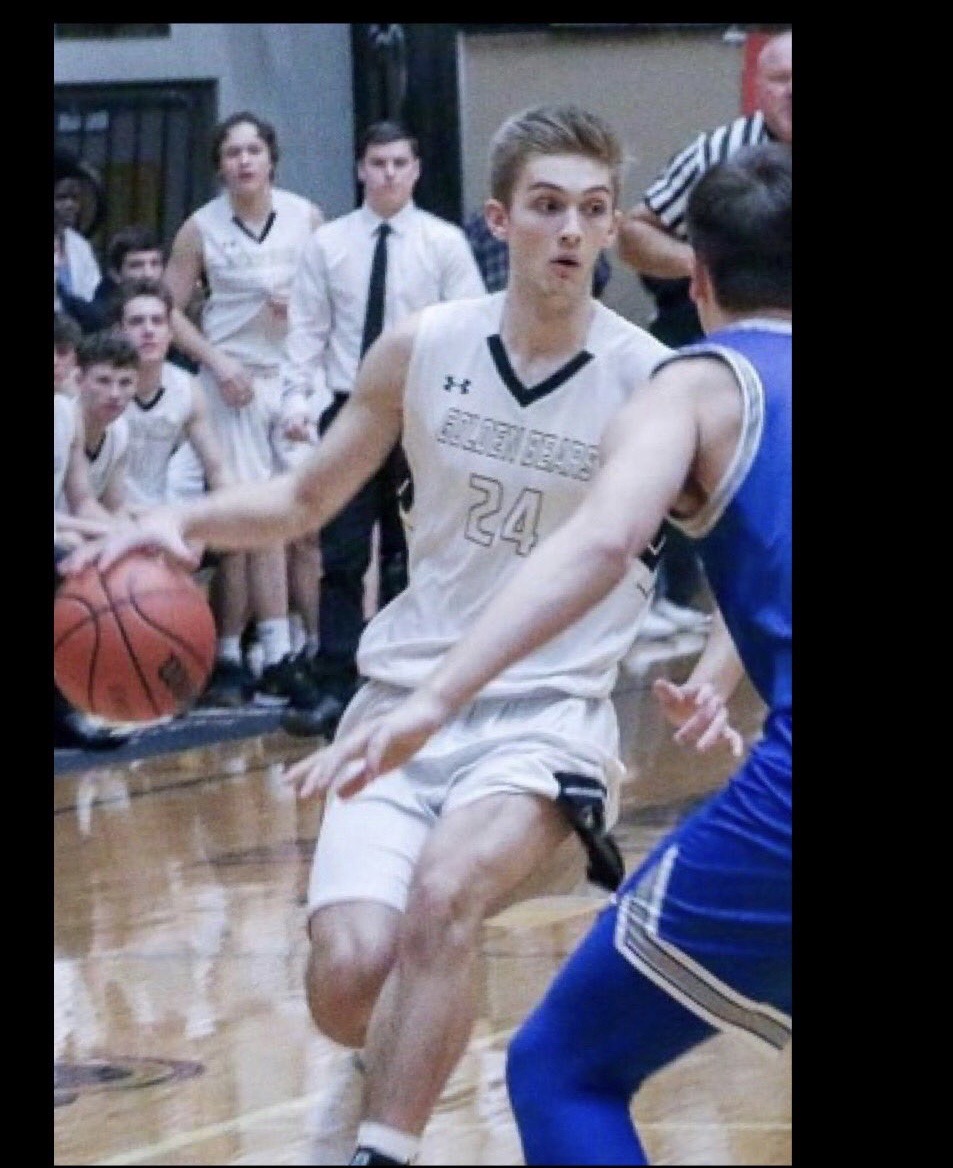 Greensburg INV
9:00 am
View All Events