The Boys Soccer Team defeated Connersville in the Mt. Vernon sectional on PK’s Tuesday Night.  The Golden Bears advanced to Wednesday’s semifinals vs. Richmond starting at 7:30 pm at Mt. Vernon.  Christian Haas found the back of the net on a rebound goal at the 31 minute mark of the first half.  The Bears held that lead until Connersville answered at the 25 minute mark of the second half.  The score stayed tied 1-1 for the remainder of regulation.  Connersville found the net during the first 7 minute overtime to go up 2-1.  Oscar Hernandez punched in a penalty kick to the top left corner of the net with 3 minutes remaining in the second overtime.  The score remained tied 2-2 following overtime.  All 5 Golden Bears found the net during the PK session and Kaleb Schaf came up with a monster SAVE to seal the victory.

Shelbyville took on the Richmond Red Devils in the Sectional semifinal Wednesday night. The Golden Bears wanted to get off to a fast start, and Alex Gil found the back of the net within 35 seconds. However Gil was judged to be offside. As the game settled in, Shelbyville kept looking for an opening. Eventually Gil got his head on the end of an Alex Abell cross time give Shelbyville the lead. Gil doubled the lead shortly after. Goals from Al Hernandez and Christian Haas gave the Golden Bears a comfortable 4-0 margin heading into halftime.

Shelbyville was able to rest many starters in the second half since they played heavy minutes just 24 hours ago. Kaleb Schaf organized a young team to help keep the shutout. Benny Cazares capped off the scoring late in the game.

The sectional title game against East Central was always going to be a battle. The Trojans started off fast with a counter attack within 5 minutes. They played the outlet on the left flank, drove the sideline, and crossed to a diving header at the back post. Like several times this season, Shelbyville responded. They stayed organized defensively and looked for opportunities to attack. Late in the first half, Benny Cazares and an East Central player got tangled up. The Trojan threw a punch at Cazares which resulted in both players being ejected.

Shelbyville adjusted at halftime and found a renewed energy. Alex Gil found himself with a pocket of space in the box and equalized early in the second half. The Golden Bears pushed forward with momentum for much of the second half. Gil and Eddie Carrizalez had opportunities to take the lead but we’re unable to find the back of the net. After a penalty was awarded for East Central, Kaleb Schaf stepped up and made a huge save to keep the game tied. However with 3 minutes remaining, the Trojans placed another header into the side net. Shelbyville continued to press and were unlucky not to receive a penalty of their own after the Trojan keeper missed his clearing punch and collided with Gil.

The result will sting for a while after being so close to a first sectional title in a decade, but the 2020 season was historic for the Golden Bear program. First HHC championship in 11 years and several hurdles that have plagued Shelbyville in recent years were overcome.

The Girls Soccer Team was defeated by Mt. Vernon on Tuesday night at the East Central Sectional.  Ava Wilson netted a goal last night for the Golden Bears.  The Bears will lose senior Anita Mejia for the roster that includes 18 underclassmen rostered.  They will also return top scorer and career assist leader Sophie Parker for her senior campaign.  The Girls finished the season 8-9 on the year and showed tremendous growth from the previous year.

The JV Volleyball team defeated Jennings County, Madison, and Pendleton Heights on its way to winning the Shelbyville JV Invite.

The Varsity team was defeated by Mt. Vernon by a score of 63-15.  Colton Adkins was 4-9 on the night passing for 43 yards and an Int.  Jett Kolls led the Bears on the ground with 4 carries for 45 yards and 1 TD.  Aiden Tong chipped in 22 yards on 5 carries and a TD.   Cael Lux had a big catch for 30 yards and the Golden Bears out scored Mt. Vernon 15-0 in the second half.  The Bears will host Pendleton Heights this Friday starting at 7 pm.

Both the Boys and Girls Cross Country Teams competed in the Franklin Sectional this past Saturday.  The girls qualified Stefanie Howard to Regionals with her 19th place finish and the boys qualified Michael Fox at 39th place, along with Taige Mummert at 41st place.  Tristin Maloney missed qualifying by less than a second, but had a big PR of 18:47. 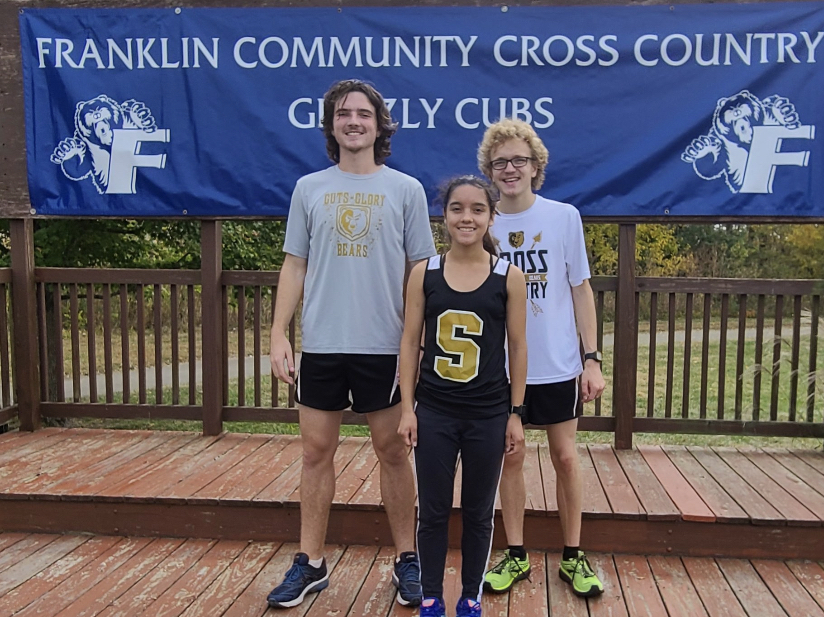 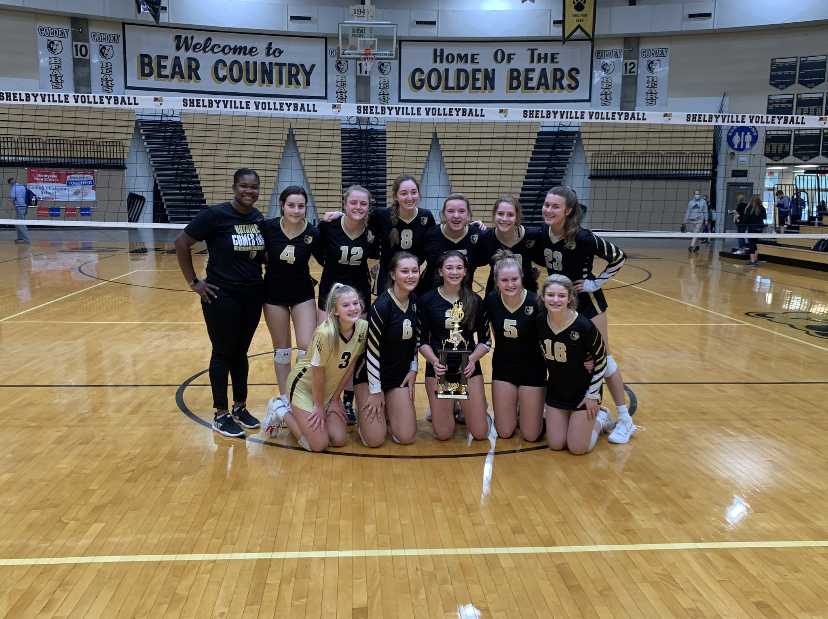 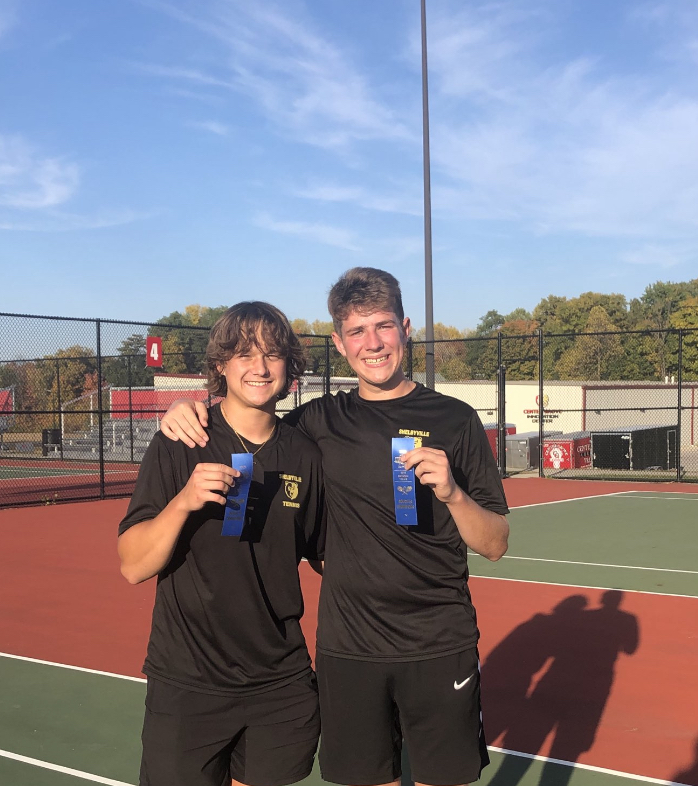