The IHSAA announced the pairings for the 2021 Boys Basketball Sectional Tournament on Sunday night.  Shelbyville will complete in 4A Sectional 13 hosted by Whiteland Community High School.  The Golden Bears will receive the winner of Franklin Central and Center Grove on Friday 3/5/21 in the second game of the night.  The Golden Bears have won 39 Sectionals, 13 Regionals, 2 Semi-States, and 1 State Championship in its storied history.  Shelbyville has won 5 Sectionals in a row twice from 1978-1982 and again from 1984-1988.  This run marked 10 Sectional Championships in an 11 year span.  The Golden Bears won the Regional 3 years in a row in 1994, 1995, and again in 1996.  Shelbyville produced the 1947 State Championship led by Mr. Basketball William (Bill) Garrett.  Ticket information for this years sectional will come out later this week. 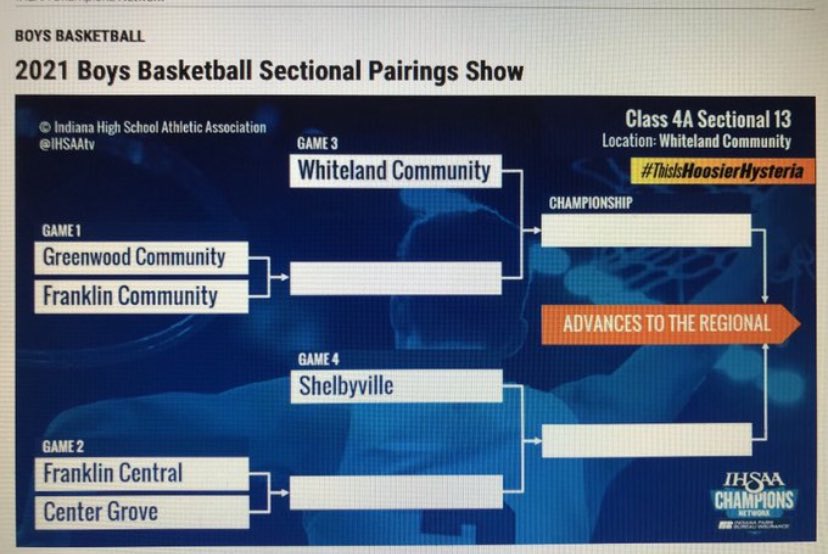