Trackwrestling: livestream of all mats will be provided by trackwrestling throughout the day for $10. Go to trackwresting.com and search for the tournament name and select “viewer” to watch.    Spectators: should enter door 4 and 5 at the South lot.  All coaches were given their HHC tournament vouchers for distribution to their respective team.

The Girls Basketball Team traveled to Rushville on Tuesday night and was defeated.  The Golden Bears scraped extremely hard and were led in scoring by Jaidyn Tackett with 13 points.  Kylee Edwards added 12 points and Ava Wilson scored 6 points.  The Girls are now 5-11 on the year.  The JV Team was defeated in

The JV and Varsity Boys Basketball Team rescheduled its game vs. Connersville for Thursday 1/21/21 with JV starting at 6 pm and the Varsity to follow. 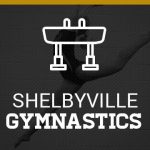 The 9th Grade Boys Basketball Team defeated Franklin on Monday Night 43-21.  The young Golden Bears move to 5-3 on the year and will travel to Greenfield-Central on Jan. 23, 2021 with the game starting at 11am. 9 Hoops putting this one on 🧊 Shelbyville up BIG in the 4th over Franklin. — Kyle Shipp

Admission:  $5 at gate.  PARENTS ONLY!  Parents will be checked off of roster at the gate when they pay (2 per participant). Spectators/COVID:  Masks will be required for entry and required the duration of the event.  The exception to this rule is when consuming food or beverage.  Spectators are asked to social distance.  Family units